Psoriasis is an inflammatory skin disease affecting 2-3% of the world’s population, characterized by red scaly spots. The exact causes leading to the development of psoriasis are not yet known, but some factors have been shown to play an important role, such as genetic predisposition or the presence of other diseases (comorbidities) or risk factors. Different treatments are available with both pros and cons, but there is not yet a definite cure, meaning that psoriasis patients require lifelong treatment, with all the psychological consequences that can come from such a condition.

Moderate to severe psoriasis is frequently associated with immune mediated, inflammatory, metabolic, and psychological comorbidities. The pathogenesis behind the comorbidities in psoriasis is complex and could be based on several factors including a shared genetic susceptibility, such as in the case of metabolic comorbidities including diabetes and obesity. A recent mendelian randomization study, (a genetic method to determine causal relationship minimizing confounding variables), showed that obesity contributes to the pathogenesis of psoriasis, whereas there is no evidence of causal effect of psoriasis on the body mass index. The psychological burden of moderate to severe psoriasis could be remarkably high in a way that it could favour anxiety, depression, suicide ideation as well as unhealthy life-style behavior such as heavy drinking/alcoholism and smoking. Moreover, psoriasis shares inflammatory pathways with comorbidities. Inflammatory mediators released from psoriatic lesions may have systemic effects leading to insulin resistance, endothelial dysfunction and cardiovascular disease. Psoriatic and atherosclerotic plaques have similar underlying immunologic mechanisms, in which Th1 and Th17 cells release TNF-α, INF-γ, IL-17 and IL-22 that contribute to keratinocytes activation and hyper-proliferation as well as to atherosclerotic plaque growth, instability and rupture.

Psoriasis is a serious global problem with an immense impact on patients’ lives, which contributes to a significant socioeconomic burden. The severity of the disease was finally recognized by the WHO, in a Global report in 2016, in which it is emphasized that the course of the disease is unpredictable and is associated with many serious comorbidities, including depression.

In a metanalyses of 98 studies without control groups, it has been shown that more than 80% of patients experience discrimination or humiliation in their life and that clinical symptoms diminish enjoyment of life and interfere with personal relationships, which highlights the importance of effective symptom control. Consequently, stress, alexithymia and other related disorders are triggered, with almost 30% of patients suffering from depressive symptoms and 10% of them taking antidepressant drugs. Furthermore, at least 50% of patients experience severe psychiatric disorders, such as anxiety, sleep and sexual disturbances. It is noteworthy that the emotional toll of psoriasis is not necessarily proportional to the extent of the disease. The risk is higher in women and in patients under 31 years of age. In addition, in studies with controls, a bidirectional association between psoriasis and depression was identified.

Regarding treatment, depression correlates with reduced therapeutic response and three times lower adherence to treatment compared to non-depressed patients. The main reasons are the hopelessness that any action will be worthwhile and the social isolation and loss of support and assistance.

In addition, from a very recent study it seems that management of depression improves the results of psoriasis treatment, whereas early treatment of psoriasis can prevent the development of depression and other psychiatric disorders. It has been suggested that, compared to conventional treatment, biologic therapy is much more valuable to decrease this risk. Therefore, the ultimate goal is a timely integrated treatment of psoriatic disease, taking into consideration not only the specialist’s perspective, but also addressing all dimensions of patient’s lives, possibly with the support of a psychologist or psychiatrist too.

When to use classical systemic treatment

Despite the revolutionary changes in the therapy of psoriasis during the last decade, classical anti-psoriatic drugs, such as methotrexate, cyclosporin, acitretin or fumaric acid, still constitute the fundamental treatment modality for most patients. While many of these drugs have been on the market for decades, there have been several recent developments that may influence the daily use of these agents. Also, with easier access to biologicals and biosimilars, several questions may emerge regarding the classical anti-psoriatics: why, when and which one should or should not be used alone or in combination.

Tumor Necrosis Factor alpha (TNFa) is a potent pro-inflammatory cytokine that is produced by a variety of immune cells found in the skin, including T-cells, keratinocytes, dendritic cells, and macrophages. Its upregulation in the skin of psoriasis patients has been well characterized. The clinical efficacy of multiple TNF antagonists (e.g. adalimumab, etanercept, and infliximab) underscores the importance of this cytokine in the promotion and maintenance of psoriatic skin lesions, though the percentage of patients experiencing dramatic improvement in their skin lesions is significantly lower than those seen with novel IL-17 and IL-23 antagonists.

How do we then position the use of TNF inhibitors in 2021?

First of all, the TNF inhibiting drugs available have a wide spectrum of approved disease indications. Experience is broad, and longstanding, and prescribers know what to expect in terms of efficacy and safety. Second, biosimilar versions of the originator TNF inhibitor have increased competition, driving down the price of the latter one. This makes TNF inhibitors an economically interesting option and enhances access to more patients.

It is safe to say that the role of this established class of drugs shifts over time, but remains definitely an important treatment option.

New therapeutic targets based on pathophysiology

Our understanding of psoriasis pathogenesis and availability of highly-effective treatment options has rapidly expanded over the last two decades converging on a limited number of what are now known to be critical inflammatory pathways in psoriasis.  Notably, it has been demonstrated in a range of diseases that drugs with genetically supported targets are more likely to be successful in phase II and phase III clinical trials.  However, currently only about 15-20% of currently known psoriasis associated genes or pathways are being targeted by existing treatments. This presentation links together our current understanding of the immunopathogenesis of psoriasis, and genetic predisposition, with several novel agents currently in clinical development that are likely to become available in the near future, focusing on several established and novel pathways in psoriasis pathogenesis including IL-17A/IL-17F, TYK2 and the IL-36 inflammatory axis.

Intense research in the past decades has led to an expansion of our knowledge about psoriasis’ immunopathogenesis and the development of an increasing number of targeted therapies. In addition to biologics, which target cytokines or their receptors, targeted small molecules are emerging as treatment options for psoriasis. Small molecules target intracellular signaling pathways, and due to their relatively small size, they can be administered in oral or topical formulations. This presentation summarizes our current knowledge about existing and upcoming small molecules in psoriasis, such as JAK/STAT inhibitors including TYK2 inhibitors, PDE4 inhibitors, as well as small molecules with other mechanisms of action. Currently, the PDE4 inhibitor apremilast is approved as an oral small molecule for psoriasis, and TYK2 inhibitors are being investigated in phase III trials. Topical roflumilast and tapinarof are being investigated in Phase II/III trials and hold promise as potential alternatives to topical corticosteroids in the treatment of psoriasis. 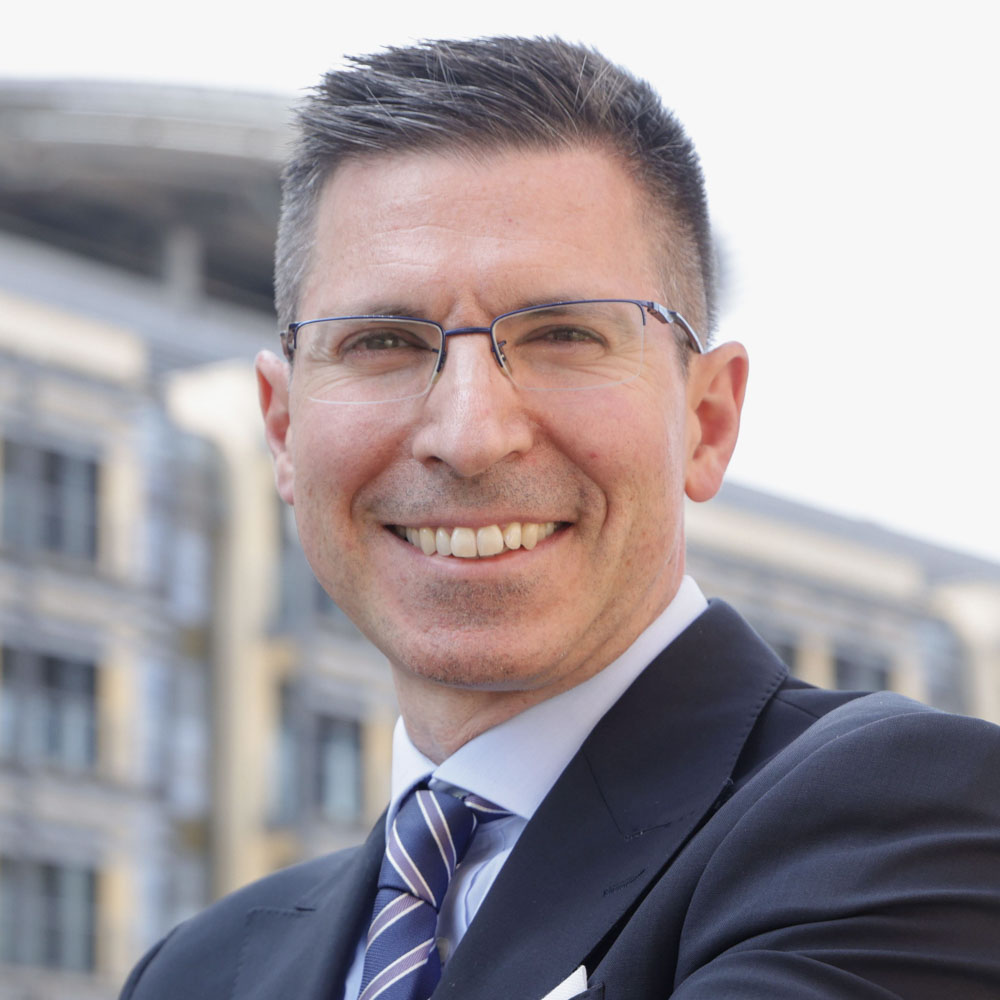 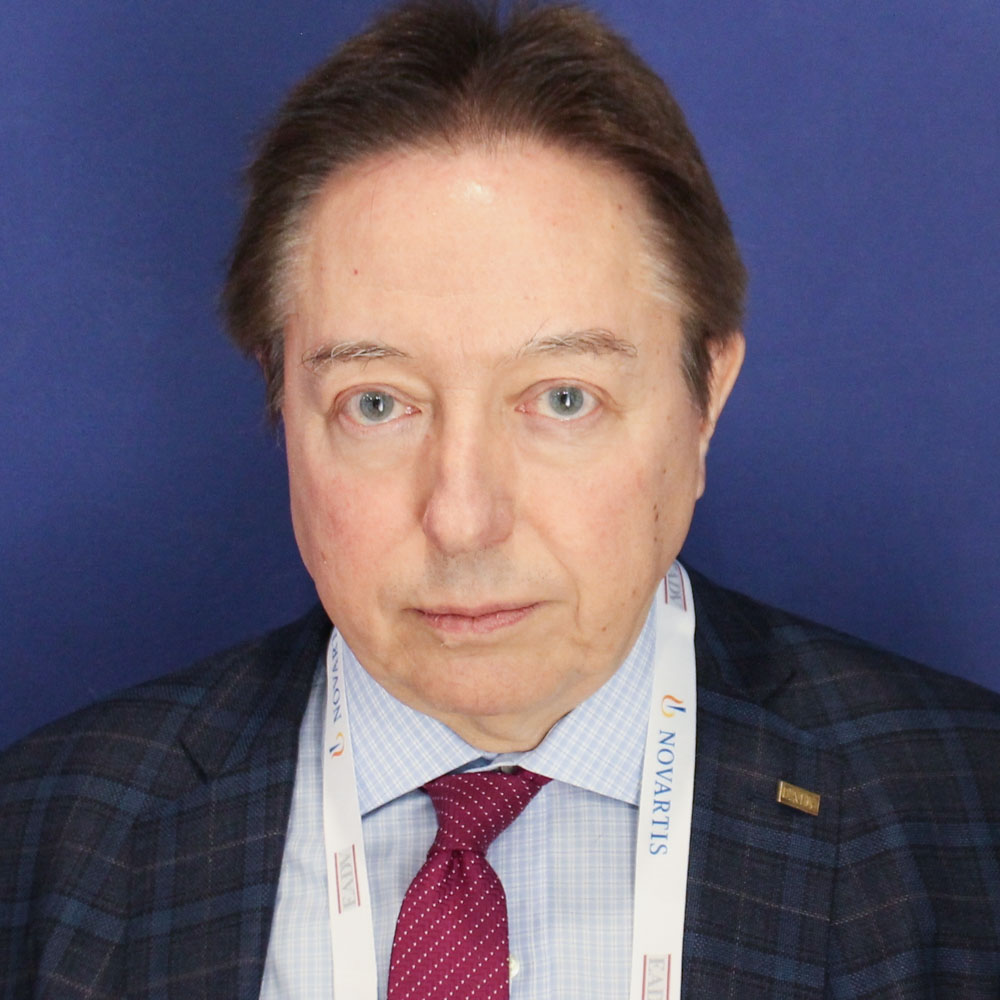 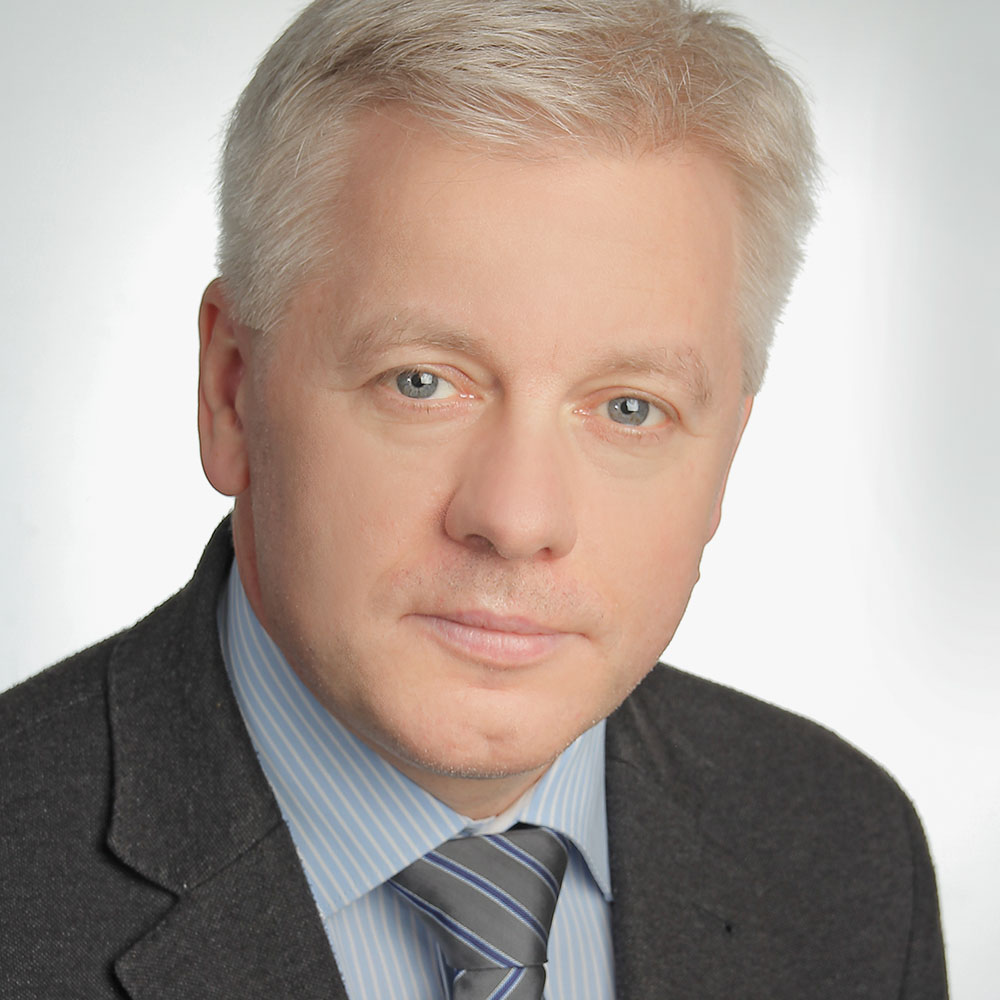 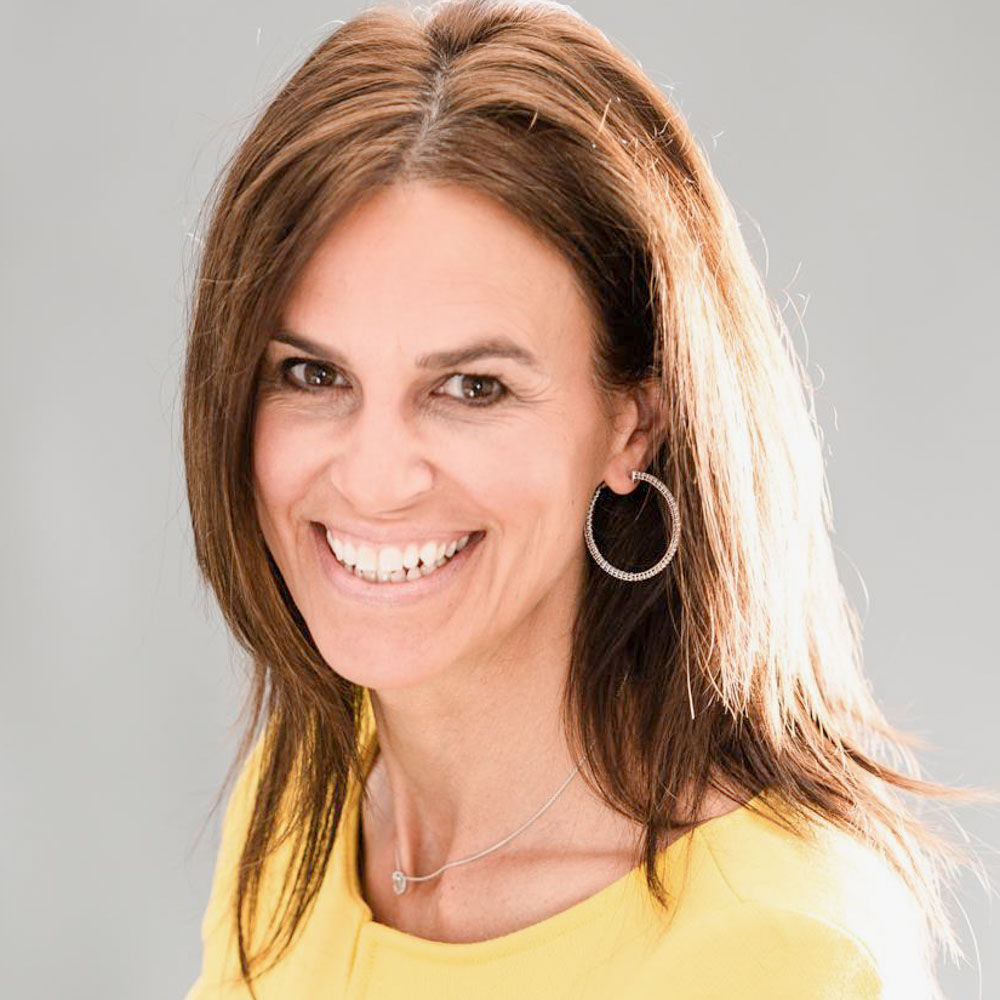 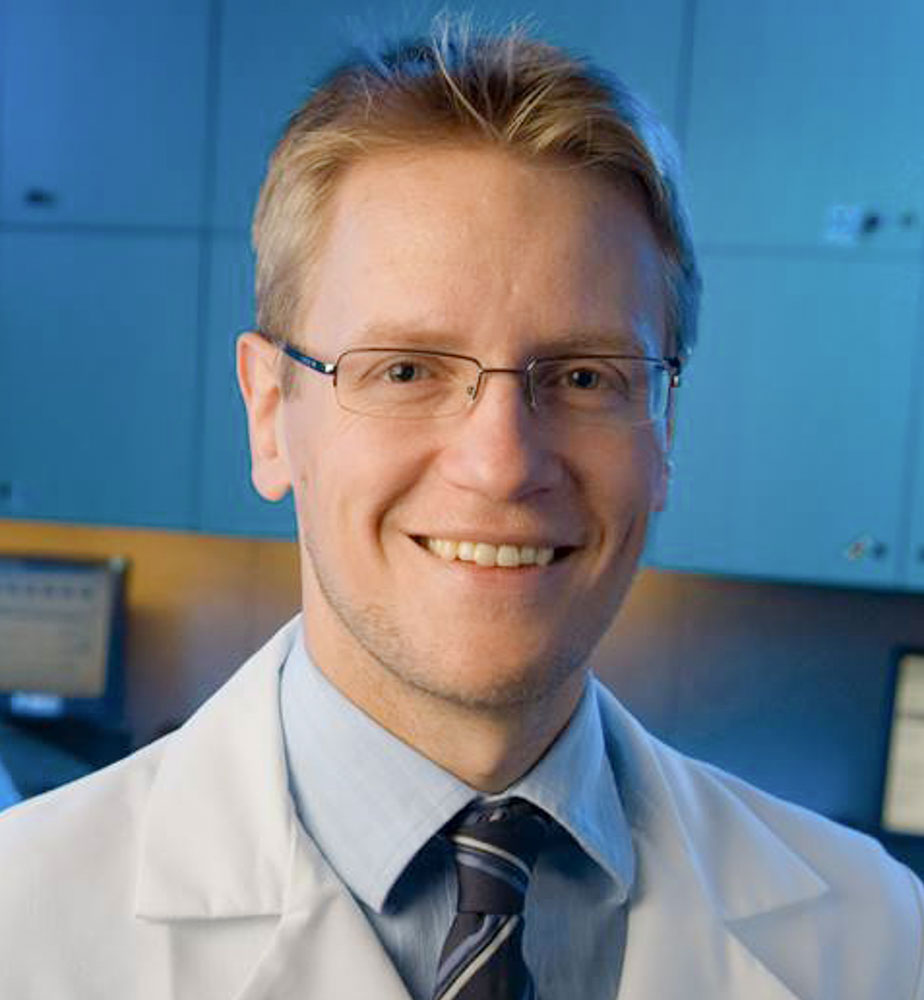